The Curiosity: A Novel

The Curiosity, Stephen Kiernans debut novel, is a gripping, poignant, and thoroughly original thriller that raises disturbing questions about the very nature of life and humanityman as a scientific subject, as a tabloid plaything, as a living being, as a curiosity.

Dr. Kate Philo and her scientific exploration team make a breathtaking discovery in the Arctic: the body of a man buried deep in the ice. Remarkably, the frozen man is brought back to the lab and successfully reanimated. As the man begins to regain his memories, the team learns that he wasisa judge, Jeremiah Rice, and the last thing he remembers is falling overboard into the Arctic Ocean in 1906.

Thrown together by circumstances beyond their control, Kate and Jeremiah grow closer. But the clock is ticking and Jeremiahs new life is slipping away...and all too soon, Kate must decide how far she is willing to go to protect the man she has come to love. 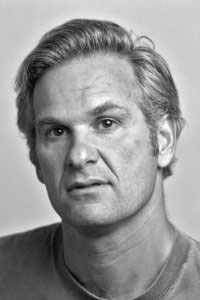 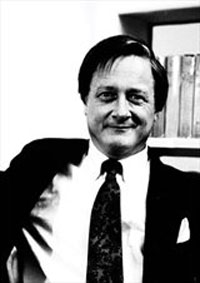 Tim Powers is the author of numerous novels, including Declare, Last Call, and On Stranger Tides, the inspiration for the blockbuster film "Pirates of the Caribbean: On Stranger Tides," starring Johnny Depp and Penelope Cruz. Powers lives in San Bernardino, California.

Tim Powers: Where did you get the initial idea for the book?

Stephen P. Kiernan: I heard a song by James Taylor and thought it would make a good novel. But I stewed on the idea for 18 years, because it had a missing ingredient I couldnt identify. Then I was biking in Italy with two writer friends, and one night I shared both the story and my problem with it. One friend said: It needs a beautiful woman. The other added, Who is smarter than everyone else. Geniuses. After that, the book nearly wrote itself. The final novel bore as much resemblance to the song as an oak does to an acorn, but that initial nut was essential.

TP: Youve written nonfiction for decades. The Curiosity is your first novel. Was it easier or harder to write?

SPK: Imagine an artist painting a still life without the actual fruit and flowers in front of him. He must work without the benefit of light on the apples just so, and without the discipline of rendering the peonies precisely as he sees them. But he also has the freedom to add pomegranates, if he thinks it will make a better picture. This novel was like that, both liberating and challenging, with the writing entirely in service of the story.

TP: My work often draws on historical facts as a plot foundation. Your novel draws similarly on science. How much research did you do? How close is the books re-animation to actual science today?

SPK: As a longtime reporter, I trusted research to make the book credible, and hoped it would also spark my imagination. I did tons of homework, learning not just cell science but the culture of high powered labs. Thats how I discovered that my books science fiction was only months ahead of reality. Research seems to me a matter of openness: Studying early baseball for one scene, for example, I learned about a tune the fans sang a century ago whenever their team won. That song later became an important plot point, though Id begun the novel not even knowing it existed.

TP: You could have awakened a man from any time and place. Why did you chose 1906 Massachusetts?

SPK:I suppose my curious man could have been a Neanderthal, but I wanted a character, not a cartoon. The smarter he was, the more insightful and judicious, the better he would reflect on our time and culture in a meaningful way. Remember, too, that Mary Shelleys Frankenstein was a philosopher who spoke five languages.

TP: How important is it for a book to have a happy ending? Would you say your novel ends happily?

SPK: Stories contain many kinds of happiness, from he-won-the-race to they-lived-happily-ever-after. Happiness in The Curiosity is more ambiguous, but hopefully richer as a result. The central arc for the books primary character is about a self-discovery that is both deep and lasting. Her growth comes at a huge cost a career, a broken heart. But the woman at the novels end has embarked on a better course for her life, free of striving to satisfy others, truer to her brilliant mind and generous spirit.