God Is Not One: The Eight Rival Religions That Run The World

In God is Not One: The Eight Rival Religions That Run the World, New York Times bestselling author of Religious Literacy and religion scholar Stephen Prothero argues that persistent attempts to portray all religions as different paths to the same God overlook the distinct problem that each tradition seeks to solve. Delving into the different problems and solutions that Islam, Christianity, Buddhism, Judaism, Confucianism, Yoruba Religion, Daoism and Atheism strive to combat, God is Not One is an indispensable guide to the questions human beings have asked for millenniaand to the disparate paths we are taking to answer them today. Readers of Huston Smith and Karen Armstrong will find much to ponder in God is Not One. 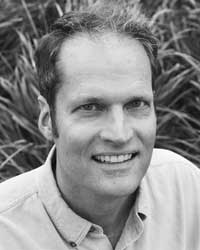 On my last visit to Jerusalem, I struck up a conversation with an elderly man in the Muslim Quarter. As a shopkeeper, he seemed keen to sell me jewelry. As a Sufi mystic, he seemed even keener to engage me in matters of the spirit. He told me that religions are human inventions, so we must avoid the temptation of worshipping Islam rather than Allah. What matters is opening yourself up to the mystery that goes by the word God, and that can be done in any religion. As he tempted me with more turquoise and silver, he asked me what I was doing in Jerusalem. When I told him I was researching a book on the worlds religions, he put down the jewelry, looked at me intently, and, placing a finger on my chest for emphasis, said, "Do not write false things about the religions."

As I wrote God is Is Not One, I came back repeatedly to this conversation. I never wavered from trying to write true things, but I knew that some of the things I was writing he would consider false.

Mystics often claim that the great religions differ only in the inessentials. They may be different paths but they are ascending the same mountain and they converge at the peak. Throughout this book I give voice to these mystics: the Daoist sage Laozi, who wrote his classic the Daodejing just before disappearing forever into the mountains; the Sufi poet Rumi, who instructs us to "gamble everything for love"; and the Christian mystic Julian of Norwich, who revels in the feminine aspects of God. But my focus is not on these spiritual superstars. It is on ordinary religious folkthe stories they tell, the doctrines they affirm, and the rituals they practice. And these stories, doctrines, and rituals could not be more different. Christians do not go on the hajj to Mecca; Jews do not affirm the doctrine of the Trinity; and neither Buddhists nor Hindus trouble themselves about sin or salvation.

Of course, religious differences trouble us, since they seem to portend, if not war itself, then at least rumors thereof. But as I researched and wrote this book I came to appreciate how opening our eyes to religious differences can help us appreciate the unique beauty of each of the great religions--the radical freedom of the Daoist wanderer, the contemplative way into death of the Buddhist monk, and the joy in the face of the divine life of the Sufi shopkeeper.