Readers around the world have thrilled to Killing Lincoln, Killing Kennedy, and Killing Jesus--riveting works of nonfiction that journey into the heart of the most famous murders in history. Now from Bill O'Reilly, iconic anchor of The O'Reilly Factor, comes the most epic book of all in this multimillion-selling series: Killing Patton.

General George S. Patton, Jr. died under mysterious circumstances in the months following the end of World War II. For almost seventy years, there has been suspicion that his death was not an accident--and may very well have been an act of assassination. Killing Patton takes readers inside the final year of the war and recounts the events surrounding Patton's tragic demise, naming names of the many powerful individuals who wanted him silenced. 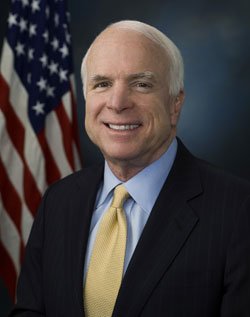 In Killing Patton: The Strange Death of World War IIs Most Audacious General, Bill OReilly and Martin Dugard have written a lively, provocative account of the death of General George S. Patton and the important events in the final year of the Allied victory in Europe, which Pattons brilliant generalship of the American Third Army did so much to secure.

The fourth book in the bestselling Killing series is rich in fascinating details, and riveting battle scenes. The authors have written vivid descriptions of a compelling cast of characters, major historical figures such as Eisenhower, Churchill, Roosevelt, Stalin, Hitler, and others, as well as more obscure players in the great drama of the Second World War and the life and death of Patton.

OReilly and Dugard express doubts about the official explanation for Pattons demise from injuries he suffered in an automobile accident. They surmise that the Generals outspokenness about his controversial views on postwar security, particularly his animosity toward the Soviets, our erstwhile allies, might have made him a target for assassination. They cast a suspicious eye toward various potential culprits from Josef Stalin to wartime espionage czar Wild Bill Donovan and a colorful OSS operative, Douglas Bazata, who claimed later in life to have murdered Patton.

Certainly, there are a number of curious circumstances that invite doubt and speculation, Bazatas admission for one. Or that the drunken sergeant who drove a likely stolen truck into Pattons car inexplicably was never prosecuted or even reprimanded. But whether you share their suspicions or not this is popular history at its most engrossing.

From accounts of the terribly costly battle for Fort Driant in the hills near Metz to the Third Armys crowning achievement, its race to relieve the siege of Bastogne in the Battle of the Bulge, the reader experiences all the drama of the great crusade in its final, thrilling months.

The authors profiles of world leaders and Pattons contemporaries are economic but manage to offer fresh insights into the personalities of well-known men. Just as compelling are the finely wrought sketches of people of less renown but who played important parts in the events.

There is PFC Robert Holmund, who fought and died heroically at Fort Driant having done all he could and then some to take his impossible objective. PFC Horace Woodring, Pattons driver, who revered the general, went to his grave mystified by the cause and result of the accident that killed his boss. German Field Marshall Erwin Rommels young son, Manfred, exchanged a formal farewell handshake with him after learning his father would be dead in a quarter hour, having been made to commit suicide to prevent the death and dishonor of his family.

These and many other captivating accounts of the personal and profound make Killing Patton a pleasure to read. I enjoyed it immensely and highly recommend it to anyone with an interest in World War II history and the extraordinary man who claimed Napoleons motto, audacity, audacity, always audacity, as his own.